In 2022, France experienced very important heat waves, including a very early one. With climate change, this phenomenon is likely to recur every year, increasing the risk of forest fires, as was unfortunately observed this summer.

Activeeon has been working in partnership with the IRT Saint Exupéry studying technological solutions based on AI and artificial neural networks to detect forest fires as early as possible from orbiting satellites.

The results of this work were published in the paper presented at the CNIA (International Conference on Artificial Intelligence) 2022: “Model and dataset for multi-spectral detection of forest fires on board satellites”. The authors of the publication (Houssem Farhat, Lionel Daniel, Michael Benguigui and Adrien Girard) decided to make the model available to the scientific community to promote research on this topic.

Contact us for a solution demo or more information

According to the “Model and dataset for multi-spectral detection of forest fires on-board satellites” study, the number of wildfires will likely increase by +50% before the end of the century. In this article, its authors focus on detecting wildfires onboard satellites to raise early warnings directly from space. In this context, a neural network was trained to segment multispectral Sentinel-2 images, which the authors annotated semi-automatically and verified manually. Then they deployed this network on a GPU that can be embedded into a low-orbit satellite. 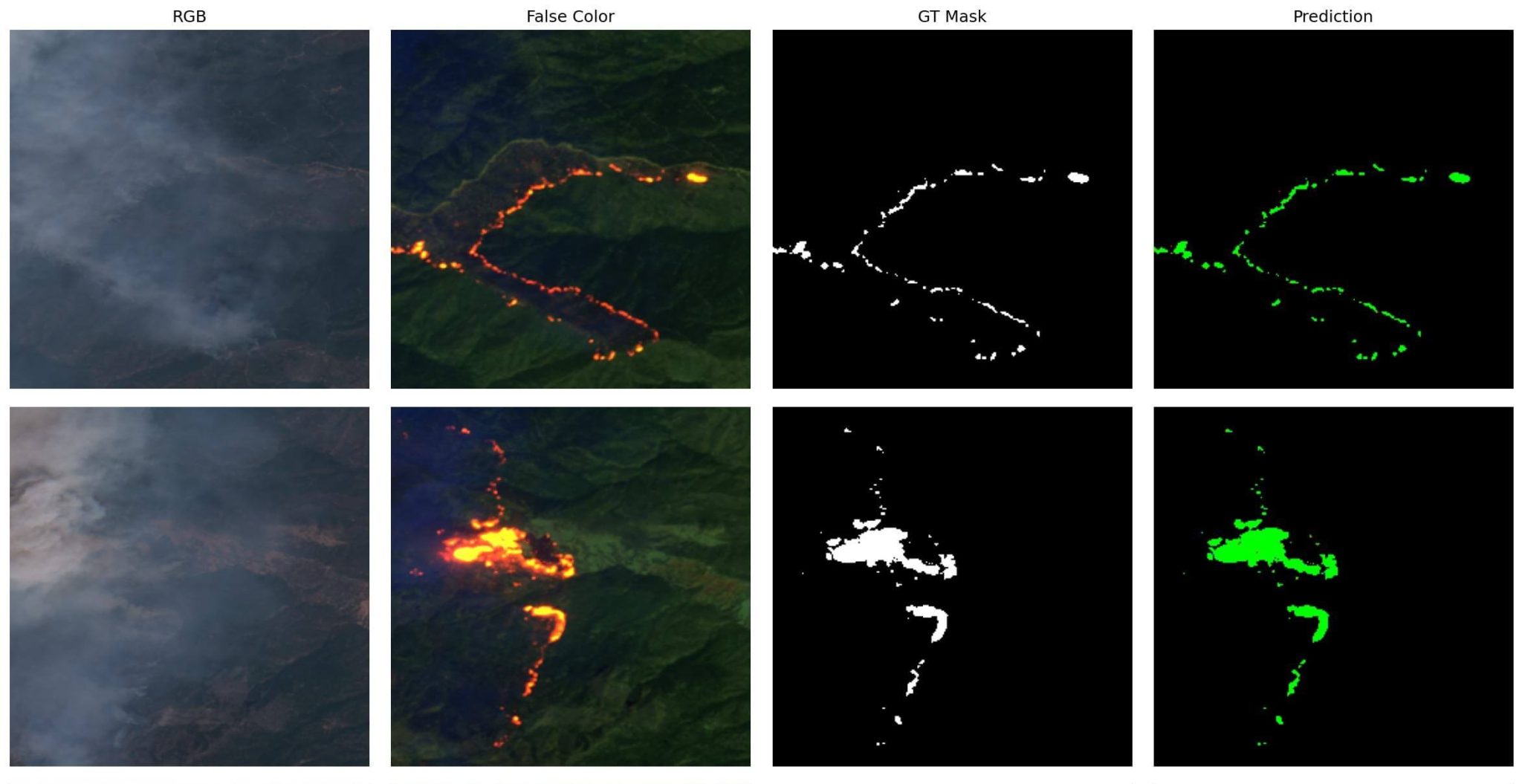 For several years, the CIAR team has been collaborating with ESA (the European Space Agency) on the OPS-SAT mission. On March 22, 2021, the team accomplished two space premieres: